Learn everything you need to about mould from the mould remediation experts at Enviropure. Our expert team goes over potential health impacts, how mould grows, and how to get rid of it.

As the public becomes more aware that mould exposure can produce a variety of health impacts, concern about indoor mould exposure has grown. You can read about our complete guide to mould here.

Mould is a fungus that develops on food or moist construction materials. It takes on the appearance of a stain that comes in a variety of colours and it may emit a musty odour. Mould can contribute to poor indoor air quality if allowed to grow. Indoor mould growth is considered a severe health hazard by Health Canada.

Mould isn’t always easy to spot. Anywhere that is damp, especially where the water damage has occurred should be checked for mould. Look for apparent symptoms of mould or locations with excessive moisture in your home. Examine the floors, walls, windowpanes, fabrics, and carpets for stains or discolouration. You may detect a musty or earthy odour.

The Difference Between Mould Removal and Mould Remediation

Because airborne mould spores are minuscule and can be found outdoors and indoors, it is physically impossible to eliminate all mould. Mould remediation will reduce mould levels to an acceptable, natural level in a mould-infested property. The remediation method will remove the spores, making the mould levels safe for the building and its occupants.

A one-step cleaning technique will not solve the issue. No matter how many times you clean the area where the mould was residing, it will keep growing back. Mould remediation and restoration are the best ways to deal with it. 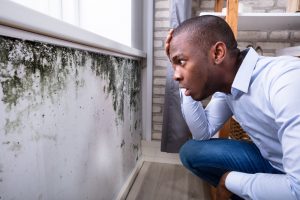 Remediation can reduce visible mould and spore counts in a building and can also reduce health symptoms in occupants. While it is difficult to determine how extensive remediation activities need to be, surface and bulk sampling methods in combination with moisture measurements can be utilized to determine how far mould growth (which may not be readily visible) extends during the removal of impacted materials.

Remediation can minimize visible mould and spore levels in a building as well as occupant health symptoms. While determining how comprehensive remediation actions should be can be challenging, surface and bulk sample methods, along with moisture measurements, can be used to assess how far mould development extends during the removal of damaged materials.

The Purpose of Mould Remediation

The purpose of mould remediation is to restore the space and contents to as close to their pre-damaged state as possible, rather than to produce a sterile, fungi-free environment. The level of water damage and mould contamination determines the scope of remediation procedures, which can range from simple surface mould removal by a resident to a large-scale structural reconstruction requiring a team of expert professionals.

Mould inspection is the initial stage in the remediation process. Your house will be thoroughly inspected for visible signs of mould. Experts will also collect air samples to determine the type of mould. This will inform the mould remediation experts on how to put an end to the outbreak.

Identify and eliminate the moisture source 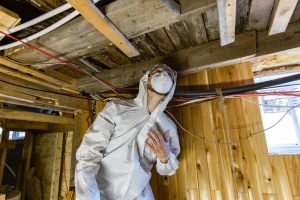 This is the most critical and initial stage in mould remediation. It could need extensive repairs or structural changes, such as plumbing work, installing insulation or enhancing ventilation with fans, as well as modifying occupant’s behaviours.

HVAC systems may need to be deactivated or blocked off during structural remediation to minimize contamination and limit the spread of mould spores and dust throughout the structure. To clear the entire house of active spores, high-efficiency air filters may be installed in the home’s HVAC system.

If the HVAC system is old and infested, Professional HVAC remediation will be required.

Removal and remediation of contaminated contents

Removal of mould from structure

The mould must be physically removed from the building. Mycotoxins and other mould products are produced by both active and dead mould and mould fragments. Cleaning methods are determined by the materials present.

To avoid spore spread, contaminated materials should be sealed in plastic bags and removed from the building. 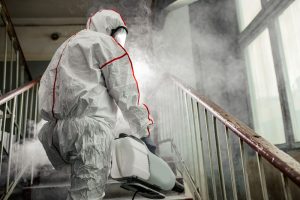 Dust and visible signs of debris from the remediation process should be cleaned using damp wiping and a HEPA vacuum cleaner once the building interior and contents have been dried and mould-contaminated items have been removed.

Clearance processes should be completed prior to containment takedown to ensure that any water and moisture issues have been detected and treated.
Rebuilding entails putting back together any parts of the structure that were disassembled or removed during the remediation process. This must be done in such a way that future mould growth is prevented.

Once the remediation is completed, your home must be sanitized. Cleaning will be done on clothes, furniture, drapes, and other such items. Both your items and the air are deodorized using fogging equipment.

Leave Mould Remediation to The Pros 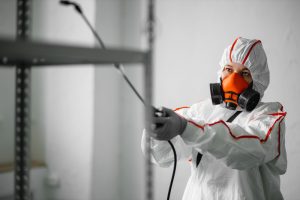 You can make an informed decision when selecting a mould service now that you understand the differences between mould removal and remediation. When dealing with a mould outbreak in your house or business, mould remediation is the best option.
The sequence of mould remediation and water repair can be complex, which is why the expertise and experience of your mould remediation pros at Enviropure is crucial. Mould will be contained and cleaned effectively, efforts will be made to prevent the mould from returning, and most importantly, the clean-up service will address and correct the conditions that allowed fungi to thrive. Contact Enviropure for your mould remediation needs. 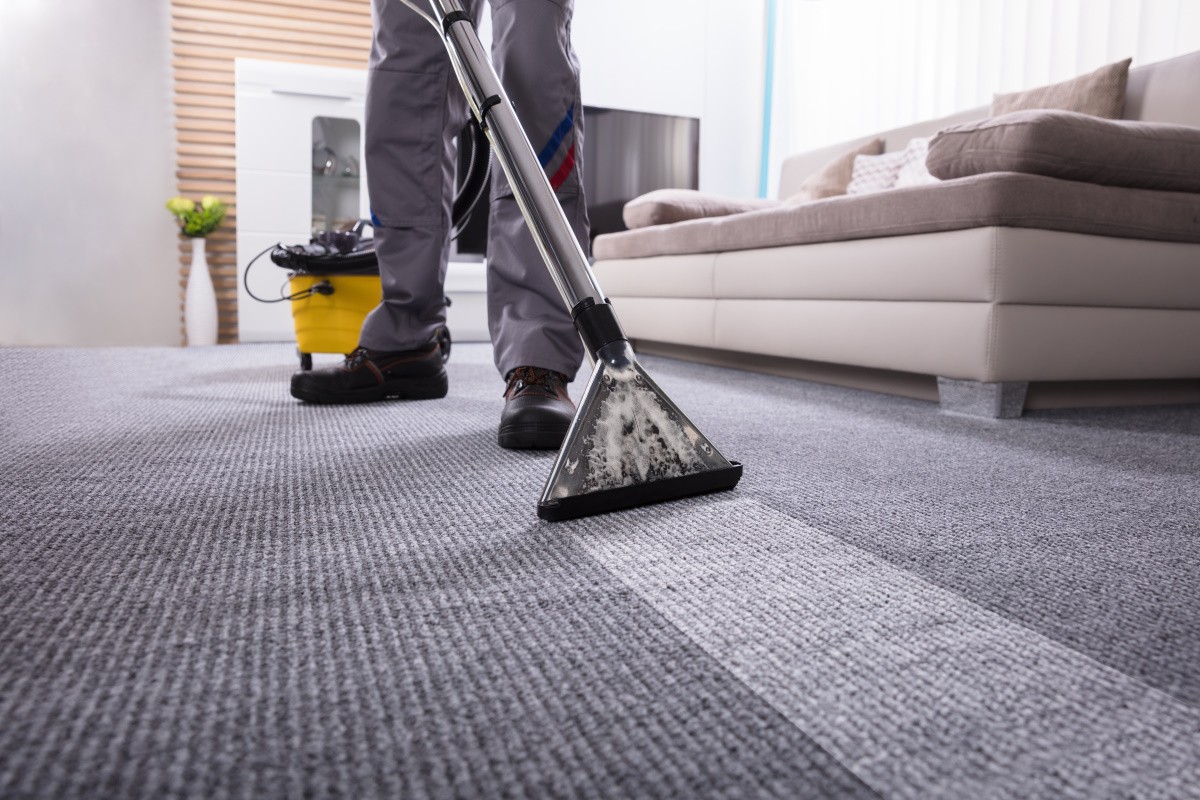 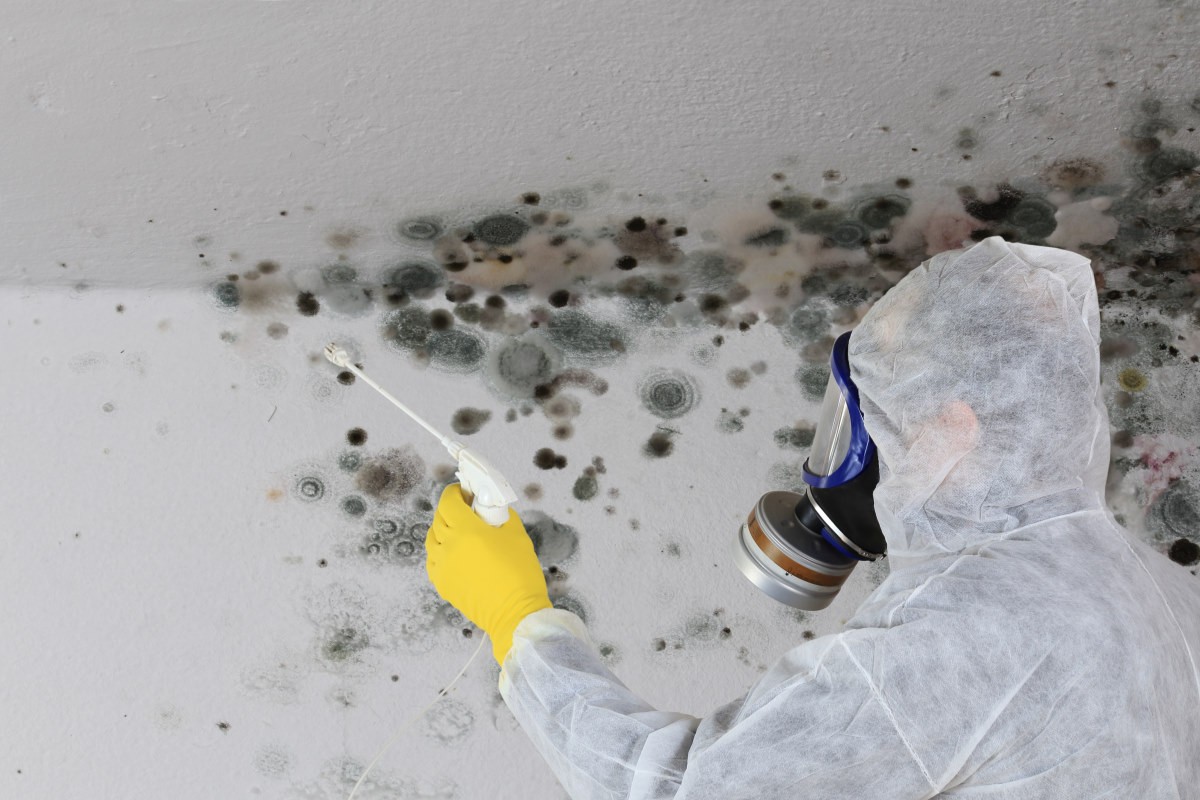 Have you noticed a musty smell in your home recently but can’t locate the source? It’s possible
Read More

Get in touch with our cleaning experts at Enviropure today by filling out our contact form or giving us a call. Our team is fully licensed, insured and bonded ready to handle any job no matter how big or small.